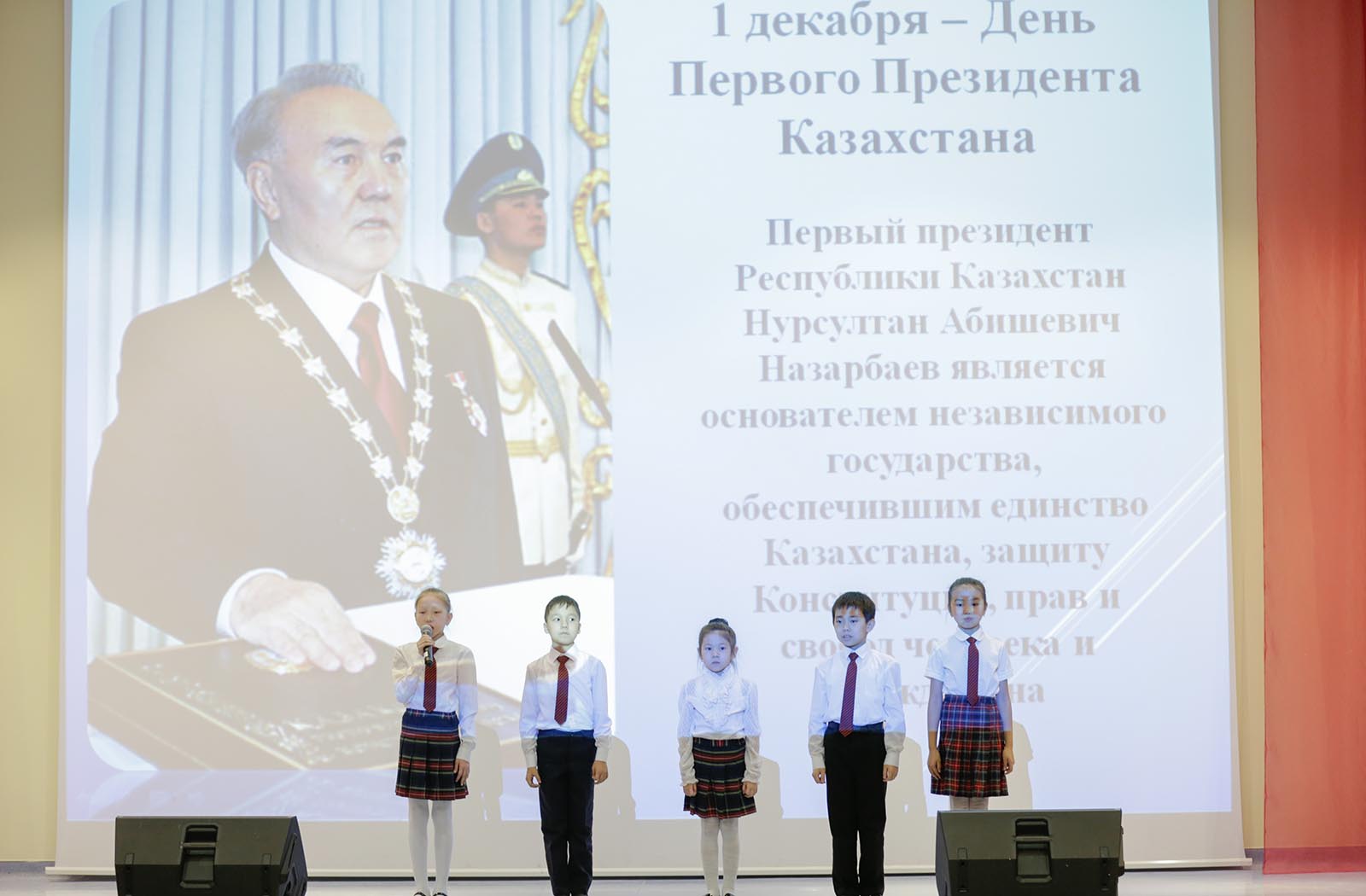 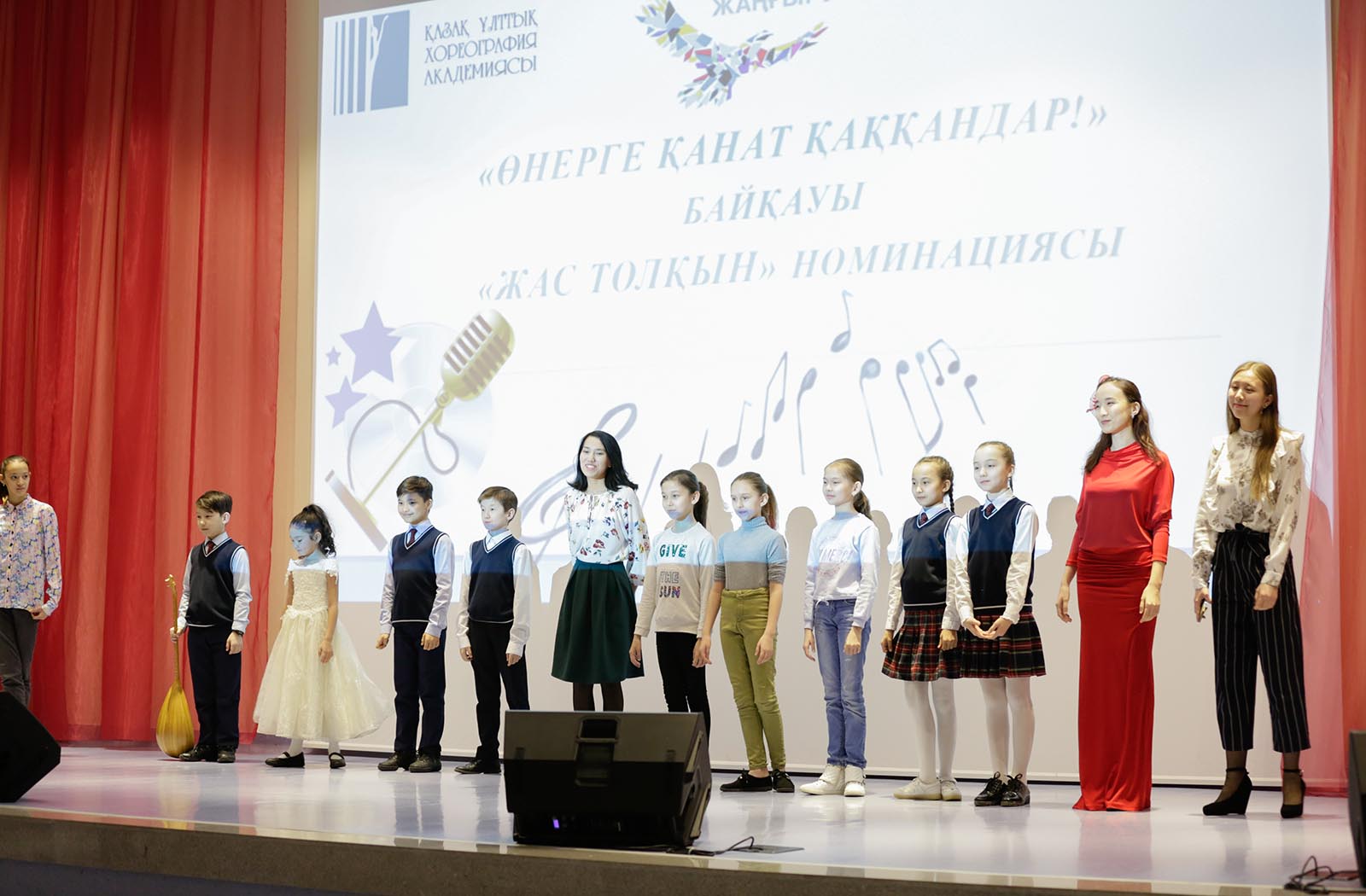 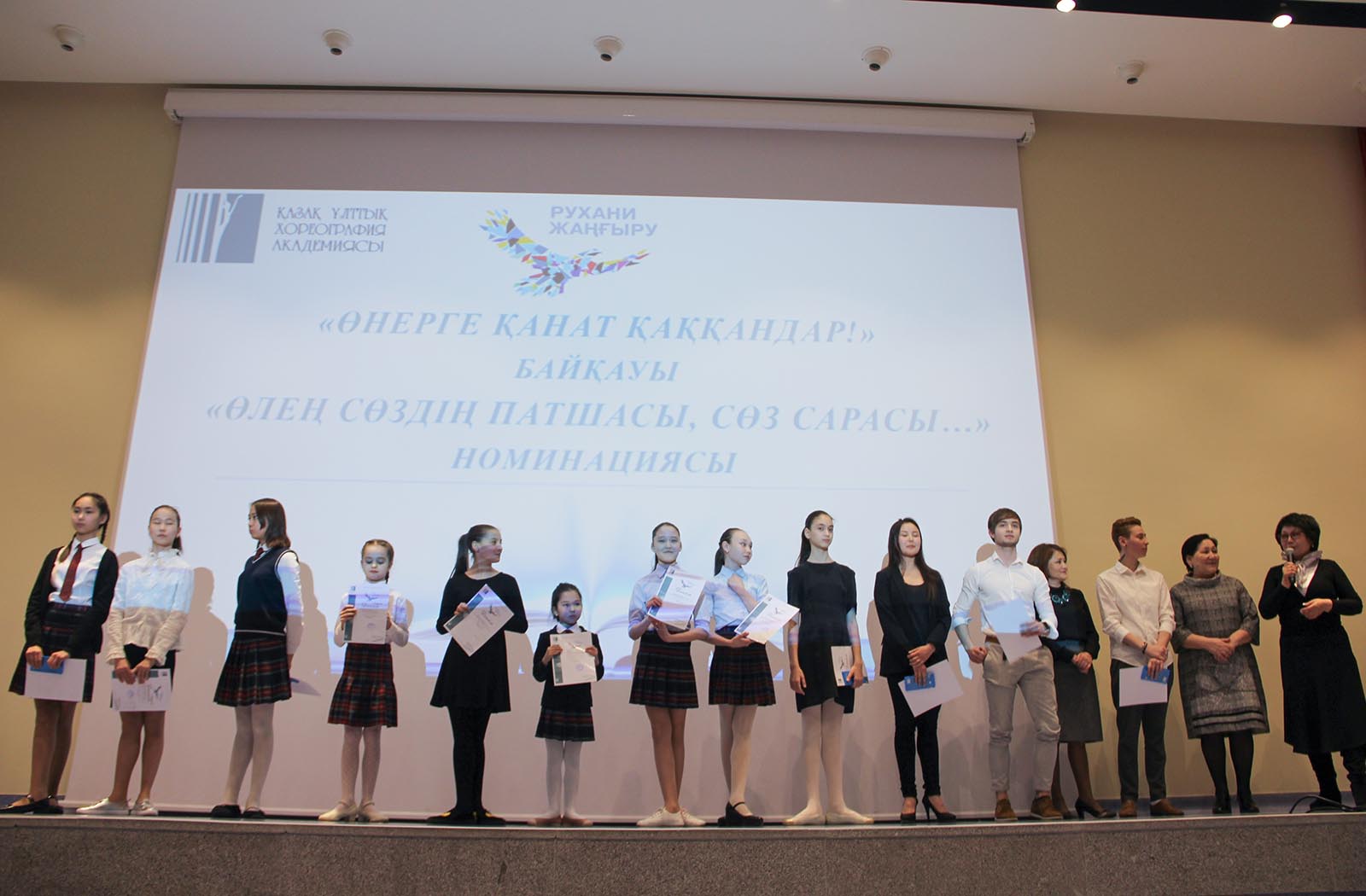 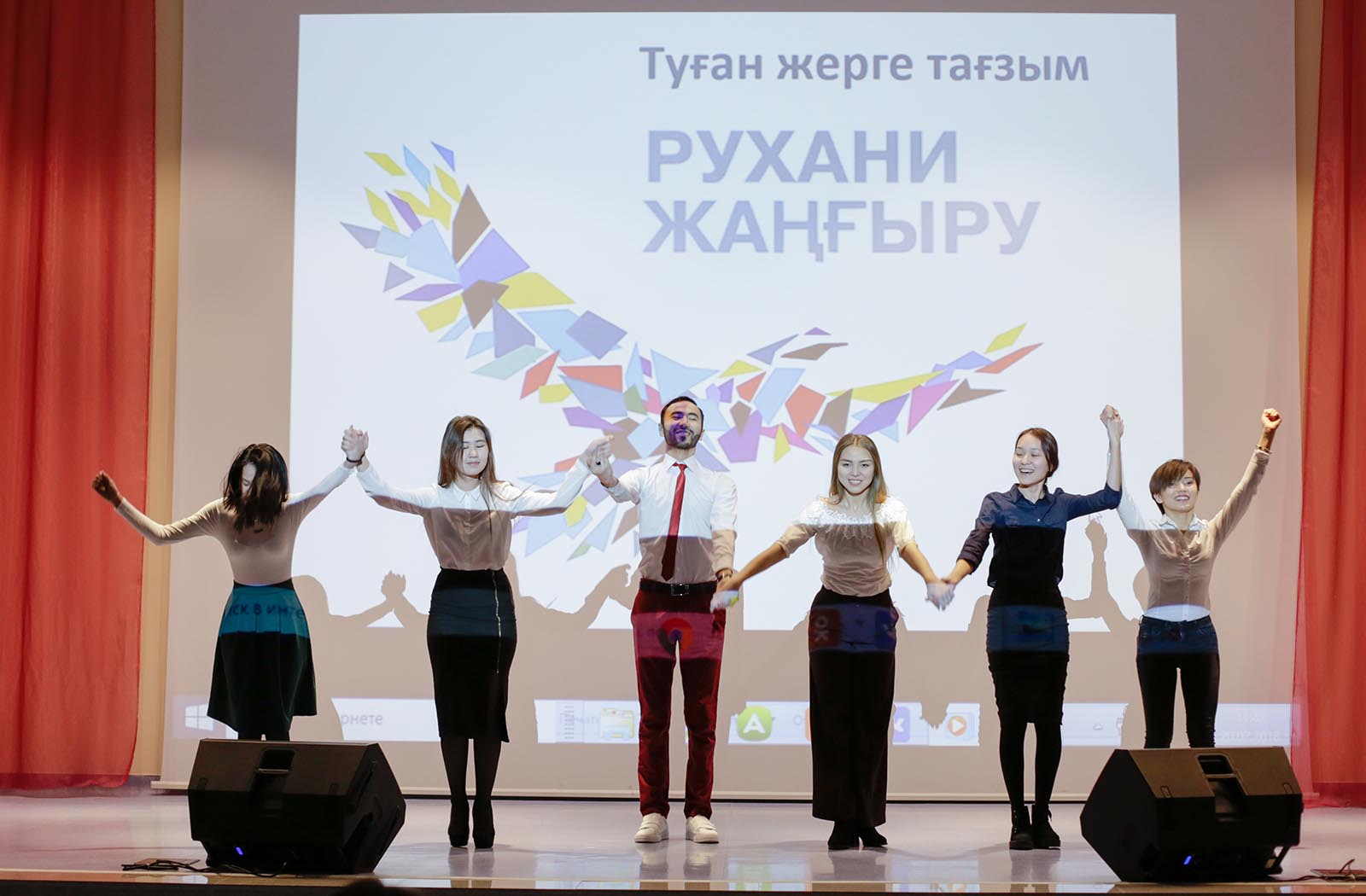 Implementation of the program “Ruhani zhangyru” in educational activities of

The implementation of the program of the Head of State “Bolashakka Bagdar: Ruhani Zhangyru” in the Kazakh National Academy Choreography is carried out in the direction of spiritual renewal in the education of students of the Academy, their mastering the values ​​of universal and national culture in the spirit of Kazakhstani patriotism, citizenship, spirituality, morality, solidarity, national harmony, respect and reverence for the culture, traditions and language of their people and other ethnic groups.

The goals, objectives and tasks of the educational activities of the Academy correspond to the goals of the “Ruhani Zhangyru” program. In accordance with the tasks of patriotic education, work is carried out on:

– affirmation in the consciousness and feelings of students of socially significant patriotic values, attitudes and beliefs, respect for the cultural traditions and historical past of the country, their small homeland;

– instilling in students a sense of pride, deep respect and reverence for the symbols of the Republic of Kazakhstan – the coat of arms, flag, anthem, other state symbols and historical shrines of the country;

– the formation of tolerant consciousness and behavior of students.

One of the leading directions of modernization of public consciousness is the work on the formation of a feeling of patriotism. The plans of the educational work of all teachers of the Academy have special sections reflecting the main points of the program “Ruhani zhangyru”. All planned work is implemented through uniform events of the Academy dedicated to the celebration of significant and memorable dates in the life of the Republic of Kazakhstan, various conferences, competitions, classrooms, curatorial and educational hours, discussions, debates, round tables, conversations, quizzes, intellectual games, guided tours, visits to libraries, theaters, meetings with interesting people and more.

During September 2017, a competition for knowledge of the attributes of statehood and state symbols of the Republic of Kazakhstan “Glorious history and traditions of Uly Dala Eli”, a class hour “Ramіzderіm maktanyshym”, a discussion “Ulttyq patriotismdi қalyptastyrudagy tarihtyn rolі” was held with students of the Academy. “Kazakh patriotism is …?”, round table “Ways of patriotism formation”, conversation “Evolutions of the Basic Law of the Republic of Kazakhstan ”, the game“ Menin Atamekenim ” the-world game, classroom works “ Bir el – bir halyk ”,“ Men – оz otanymnyn patriotymyn” and others.

In the framework of education of interethnic harmony and tolerance, events were held dedicated to the Week of Languages ​​of the Peoples of Kazakhstan: conversation with college students “Language is the living soul of a people”, lecture-seminar

As part of the discussion of the program article of the Head of State N.A. Nazarbayeva “Bolashaka Bagdar: Ruhani Zhangyru” (modernization of public consciousness) was held a scientific seminar “Latyn tіlіne kushu – uakyt talabi”.

Educational hours were conducted for “Zhangyru – zhazudan Bastalyda” with a review and subsequent discussion of the video “Look into the Future: Modernization of Public Consciousness – Ruhani Zhangyru” and a conversation-dialogue “Youth of Kazakhstan supports the transition to Latin.”