On September 28, 2018, the reporting meeting of the rector Altynay Asylmuratova with the population on the results of the Academy’s activities for the 2017-2018 academic year was held at the Kazakh National Academy of Choreography.

Altynai Abduakhimovna Asylmuratova spoke about various aspects of the development of the academy, achievements and issues arising in the process of creative education, voiced the challenges facing the leading choreographic university of the country in the future.

In just two years of work, students of the Academy have already successfully performed on the best stages of the capital. Only for the 2017-2018 academic year, they took part in 27 performances and 30 concerts, became winners of four prestigious international competitions, such as “Arabesque”, “Children in the rhythm of the world”, the International Ballet Competition. G. Almaszade.

As part of the 20th anniversary of the capital of the Republic of Kazakhstan – Astana, the Academy successfully held a gala concert on the stage of the Azerbaijan State Academic Opera and Ballet Theater, as well as the First International Ballet Festival “Temps lie”.

At the end of her speech, the rector shared another achievement – obtaining a state license that permits educational activities in the area of ​​“Post-graduate education. Doctoral program.” Thus, the Kazakh National Academy of Choreography has become the only choreographic educational institution in Kazakhstan with a full cycle of study.

The meeting lasted more than an hour, a large number of questions were received from parents, live broadcasts were carried out on the social network Instagram. The meeting was attended not only by the parent community, but also by the first deputy of the Nurotan party – B. A Saparbayev, director of the Astana Opera theater G. Alpiev, director of the Astana Ballet theater V.A. Kuzembaev, representatives of the municipal public institution “Astana Zhastar”.

Under the decree of Head of State Nursultan Nazarbayev №190 dated February 5, 2016, “On holding reporting meetings with the population of heads of central executive bodies, akims, rectors of national higher education institutions” annually rectors of national universities of the country speak to the public. 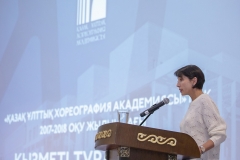 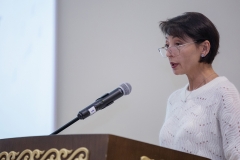 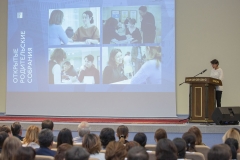 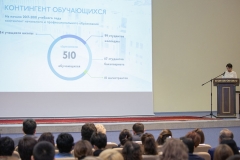 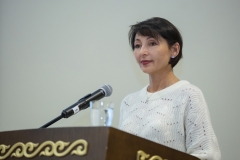 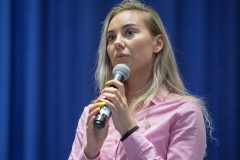 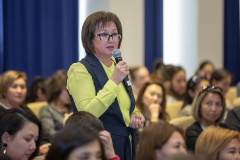 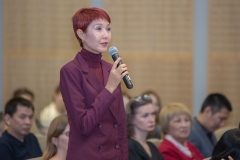